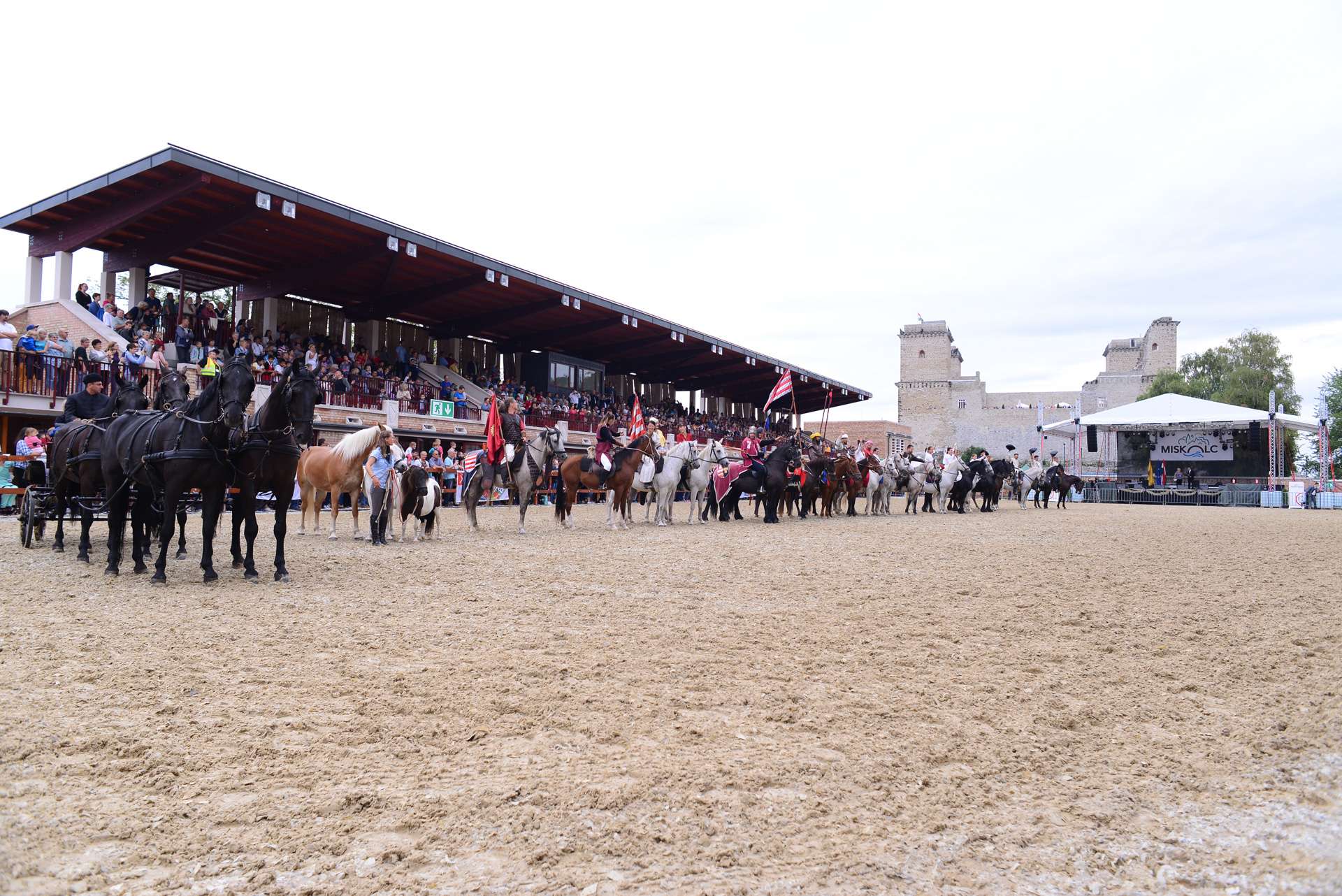 In the close proximity of the Castle of Diósgyőr you can find the Jousting Arena, which “co-habits” the area with the castle, co-hosts historical reenactments and houses festivals and theatrical performances.

A HOME TO EQUESTRIAN SPORTS EVENTS

The Arena for Jousting Tournaments is suitable for hosting international show jumping and dressage competitions. The special footing material of the arena ground facilitates competitions in any extreme weather conditions, and spares the feet of horses, resulting in a better sports performance.

The specials surface was produced by the company that produced the footing of the arena in the 2016 Rio Olympic Games, which also supplied the footing surface of the 2010 World Equestrian Games. The maintenance of the arena footing is helped by an installed irrigation system. Apart from the competition course, there is a training course that serves the purpose of competitors’ preparation.

EQUESTRIAN HISTORICAL REENACTMENT IN THE CASTLE

The most popular programmes of the Castle of Diósgyőr are historical reenactments, which evoke the atmosphere of medieval jousting tournaments with their single combats, battle scenes and weapon shows. The opening of the Jousting Arena has made it possible to organise large-scale games in which spectators can see the armed confrontation of several knight orders simultaneously. One such event is the “Medieval Whirl,” which has enjoyed undiminished popularity for several decades. Equestrian reenactment groups have found a suitable home in the arena as well since the embrace of the Bükk Mountains and the view of the medieval castle lends an inimitable atmosphere to the shows.

VENUE FOR CONCERTS AND THEATRICAL PERFORMANCES

With its special mobile cover, combat field of the Jousting Arena can be converted into a multifaceted event venue to make it suitable for hosting large-scale classical and pop-rock concerts as well as open-air theatrical performances. Beside the covered grandstands, a mobile spectators’ terrace can also be placed in the arena, and standing rooms with a capacity of several hundred can also be added. The final capacity of the complex can reach four thousand, depending on the arrangement.

During the construction works of the northern stands, archaeologists uncovered a medieval water pipeline which supplied the castle with water from the nearby springs. The stone-bedded pipeline was joined to the moat by a sluice at the bridge leading to the Castle of Diósgyőr. By a modification of the original plans, this part has been made into an exhibition area which makes the remains of the pipeline presentable and serves as a venue for temporary exhibitions as well. During the excavations, two silver dinars were uncovered from the bottom of the pipe, one that of King Sigismund of Luxembourg and the other that of Governor John Hunyadi, evidencing that the structure was in use in the 14-15th century.

The Fairground formed in front of the Arena for Jousting Tournaments is a real community meeting point, which, with its intimate outdoor lighting and the neighbouring buildings, is a very popular rest area for visitors. The square is suitable for holding crafts’ fairs, street exhibitions or programmes since both the programmes of the Castle of Diósgyőr and those of the Jousting Arena occasionally “move” to the square.

Seats on the grandstands on both sides: 750 seats

Seats on the mobile stand: 440 seats 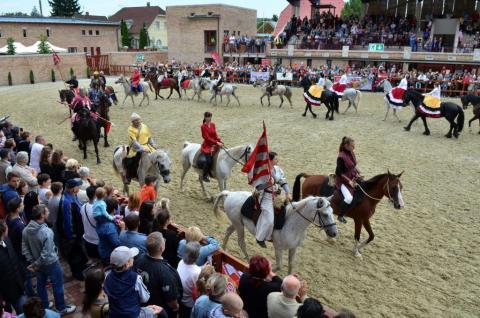 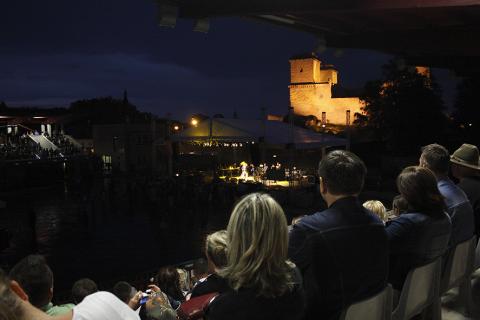 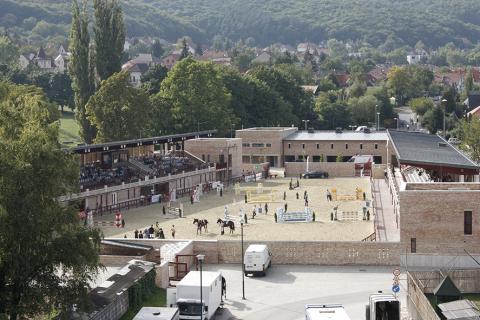 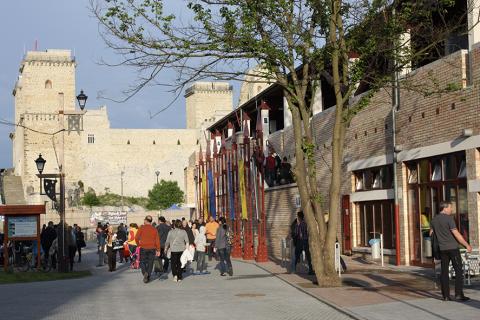 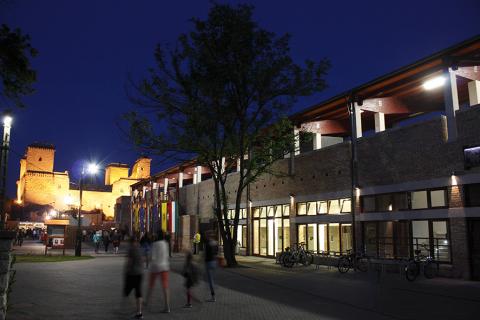 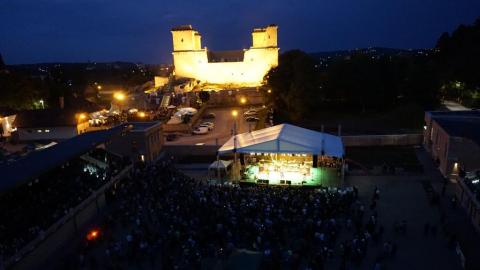